TRAVEL IS ATTITUDE, FASHION IS CHARACTER.

A union of innovation carves the stylish and savvy modern traveller.

From humble beginnings in the 1970s on a street in Singapore, to more than 60 retail outlets and counters in departmental stores across Singapore, Malaysia and Indonesia today,

Universal Traveller (UT) has grown from a winter wear retailer to a leading winter wear brand in Southeast Asia.

UT constantly reinvents itself, exploring innovative designs to cater to the changing habits of the modern traveller. We believe travel can be light, functional and stylish. We are relentlessly sourcing and trying new material in our winter wear to guarantee the optimal functionality. UT’s design team is always looking to design the next perfect winter piece suited for different occasions, whether for leisure or work.

In our 40 years of business, we have built a cohesive team with more than 300 employees, who believe in the uncompromising customer experience.

Helping you to get on the road is a valued journey for us every time.

1990s - UT expanded its business to a more prominent market in Malaysia, Kuala Lumpur. The company officially opened its first outlet in Lot 10, the first premier fashion shopping mall then.

Through the effective leadership of the management, the company has been taken to greater heights in the last decade, solidifying and strengthening its position throughout the years as the industry forerunner in travel products, luggage and winter wear.

While Universal Traveller continues to grow its winter products, the company continues to prioritize its presence in the luggage business by cooperating with global brands through distribution.

2009 - The company embarked on a luggage concept store. Aptly named, “Luggage Empire”, the premium retail concept is set upon an exclusive retail setting, only offering the finest brands of luggage including in-house brands Royal McQueen, Jean-Francois and Airways, and other renown global brands such as Calvin Klein, Travel Pro, Heys and Ricardo. 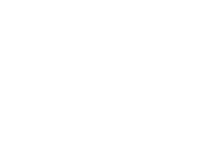 To become the region’s preferred brand for winter fashion in Southeast Asia. 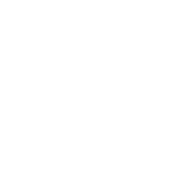